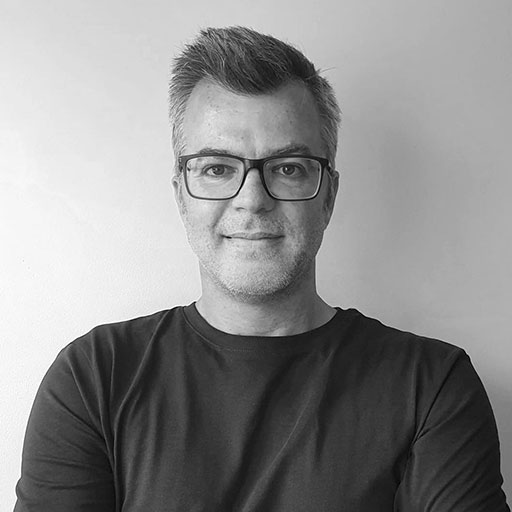 The revolution is here, long live the revolution! It's been heard before, across politics, business, economics and also gaming. This is the third wave of gaming, it will be huge, get in now or miss the hype train. But underneath all of the shouting and 'quick buck' mentalities, a quieter revolution is indeed taking place, one that will change gaming, but not the essential nature of fun, just the vehicle by which it's delivered.

What is blockchain gaming?

I'm reluctant to use Web3 as a term but it shows the differentiation between the current free2play model used across many games and the 'new wave' of blockchain gaming. In essence, blockchain gaming uses one or more decentralized gaming structures within the gaming platform, specifically gaming asset ownership and decision-making in gaming elements, are delegated away from any central authority. Phew, but what does that really mean?

Blockchain games are created by incorporating blockchain into the gaming ecosystem, allowing players to vote on when and how certain aspects of the game should progress. It also establishes the groundwork for gamers to earn while playing by allowing asset trading, tradeable game tokens, and possibilities to earn cryptos while playing. This has been dubbed "Play to earn" but this is shifting towards "Play and earn" in order to be more realistic about the different goals of the player base and the opportunities to make useful amounts of income over time.

This decentralized approach offers the opportunity to create fair virtual markets for the gaming business, allowing gamers to access and control in-game digital goods. These assets are unique and are saved in the form of gaming NFTs.

Blockchain gaming also enables broad interoperability across many gaming ecosystems by connecting in-game assets and players across platforms. The interoperability factor is determined by the blockchain platform used to build a gaming environment. In cross-chain communication, bridges, for example, Polkadot or Solana, provide interoperability. There's a lot here and for additional research it's worth looking further at how blockchains allow for trustless (trust not required) interactions and immutability (data cannot be altered). Now that we're acquainted with blockchain gaming basics let's go through its varied features.

Blockchain gaming is a value-exchange gaming model in which users can own and sell in-game assets and collectibles as one-of-a-kind NFTs using cryptocurrencies. Blockchain gaming can be open source and provides self-sovereignty and decentralization in gaming.

Here are some of the fundamental characteristics seen in current blockchain games.

One of the most striking highlights about 'what is blockchain gaming' refers to the distributed nature of the process. Unlike traditional games' centralized servers, you don't have a single point of failure. Furthermore, blockchain-based games require voter consensus to improve the gaming process.

Blockchain gaming customizes the gaming atmosphere based on the preferences of the participants. Blockchain games can help gamers in a variety of ways. One is the play-to-earn component, in which people earn money by selling in-game stuff; another is old-game integration, which caters to gamers' desire to play their favourite games in the metaverse. Another advantage of player-driven gaming is that it allows for self-sovereignty, which is beneficial to players.

Blockchain game ecosystems operate autonomously, requiring no upkeep and no interference from any authority. In general these games have zero downtime and are highly scalable due to block minting and high game data storage capacity.

The leading developers in blockchain gaming demonstrate how the new gaming ecosystem thrives on experiences personalized to individual player preferences. There are numerous essential elements in which blockchain games have concentrated on providing the most satisfactory benefits to players. Play-to-earn games, for example, demonstrate how users can use games to earn money. Furthermore, the self-sovereignty feature of blockchain games stresses how they consider player benefits.

One of the significant highlights of blockchain gaming on crypto forums is the technology necessary to create web3 games.

Players can find the following vital technologies in the stack for blockchain games.

Web3 frameworks facilitate interaction between game developers and players and the blockchain platform. These frameworks and dApps help interface smart contracts and facilitate in-game transactions and assets. Web3.js, ether.js, Web3.py, and other programming languages are used to create game dApps.

Smart contracts are the heart and soul of today's blockchain games. They aid in defining the rules for voting and decision-making regarding the game's progress. Developers commonly use Remix IDE in blockchain gaming projects for writing, building, and deploying smart contracts. For austere local development environments, however, you benefit from tools such as Hardhat, Brownie, and Truffle.

Node providers, also known as blockchain providers, are another critical topic in discussions about blockchain games and their worth. These providers aid in extracting gaming data from the blockchain network, where nodes play an essential role in the web3 developer technology stack. Most importantly, web3 libraries or dApps cannot communicate with smart contracts without nodes.

Another important factor in the emergence of blockchain gaming in the crypto ecosystem is the requirement for open media standards. Blockchaingames require open and interoperable media design standards because they deal with texts, music, video, 3D scenes, and various other vectors for powering dApps.

The final highlight in the blockchain gaming tech stack would direct attention to hardware for extended reality. Haptic gloves, smart glasses, and scanning sensors are XR devices that can aid improve web3-based gaming experiences. XR gear can be essential in connecting blockchain games to the larger ecosystem, such as the metaverse.

What is a Gaming DAO?

Gaming DAOs serve as open-source code-based gaming systems. They have no ties to any gambling administration or operator. Game DAOs are fundamentally communitarian to build a player-driven gaming ecosystem.

Gaming DAOs are the driving force behind play-to-earn in Web3 gaming. They are ground-breaking gaming concepts that reward gamers for their gaming involvement and success. Traditional game models do not have the same advantages. They give game administrators or operators a one-sided exchange of value.

The play-to-earn function in gaming DAOs benefits both the gamer and the game developer. Play-to-earn powers the gaming economy, where players are rewarded for gaming skills.

The gaming DAOs are classified into three basic types:

Gaming guilds are informal groupings of gamers, highly organized multi-game clans, and e-sport teams that compete in play-to-earn games on a similar communitarian platform. These gaming guilds are financially backed since they operate similarly that investing clubs do. Participants pool their gaming guild funds to purchase and acquire in-game digital items.

A different form of gaming DAO is a growing category of incubators and accelerators. They are primarily concerned with growing blockchain game platforms by giving expert knowledge to the platforms' founders. These professional incubators and accelerators promise cash to help innovative gaming enterprises get off the ground. They also offer advanced tools and technical solutions for developing and improving blockchain games.

By giving gaming subsidies and taking strategic steps to support gaming clans and developers, incubators and accelerators play an important role in the burgeoning Web3 gaming industry. This DAO brings together all gaming stakeholders and investors to financially expand blockchian gaming.

The final solution to the question "What is blockchain gaming?" provides a good impression of how they can alter the gaming market. Blockchain games allow users to own in-game assets and collectibles without the involvement of any central mediators or managers. Furthermore, the play-to-earn games in a blockchain games list demonstrate how web3 can forever change the gaming world.

If you consider the possibilities for monetary rewards with blockchain-based games, users will no longer have to pay to play games. Blockchain games have shown strong growth potential due to a wide range of benefits for players and a generally creative technology stack. Discover more about blockchain games and their advantages.